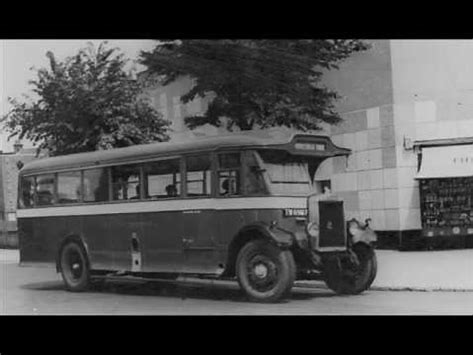 I should have realised when we was met by an ancient looking minibus (explained as being donated by the local Age Concern especially for the day) that this judging tour was going to be an adventure and as it turned out I wasn’t wrong.

The driver of the minibus was the husband of the tour organiser and throughout the tour their relationship got frostier and frostier as timings went astray and roadworks and refuse collectors got in the way. The tour organiser felt that her husband should just plough on regardless of fellow road users and the tone of her voice got higher and higher in exasperation as, in her mind, their one “big day” – the one they had worked all year for – was all going up the creek without the proverbial paddle!

My fellow judge and I tried to concentrate on looking out the windows and scribbling down notes as we bumped along (the suspension left a lot to be desired) and were quite relieved when we got to the first stop.

Now to get the full image of this story you have to know that the steps down from this particular minibus automatically fold down when you slide open the door and stay in position until you close the door and then they go back inside the body of the minibus. This is a very important note as to what happened next.

The stopping point was on the curve of a road with a particularly high kerb (another thing to note) The door opened, the steps appeared as if by magic and we were met by a very enthusiastic resident who was very keen to “help” everyone off the minibus. Once we were all off the bus he eagerly told the driver to park up round the corner where it would be safer, banged on the side of the minibus to send the driver on his way, and we all set off up to see the community project that was at the top of a small hill. It should be noted here that no-one had actually closed the door of the minibus so the steps were still “out”.

What happened next was an awful scraping sound as minibus steps collided with high kerb and I am sure I heard some not so polite language from the driver as he realised what had happened! The helpful resident (who we shall call John) sped back down the hill to assist the driver whilst the hapless tour organiser tried to struggle on explaining the community project.

When we got back to the bus you could see that the steps were now quite wonky and the door was not quite right but we got back on and were joined by “John” who was going to talk to us about what he did for the local bloom whilst we journeyed to the next stop. It was however quite evident that the door would not close properly because of the state of the steps but, ever helpful, John heaved on it with all his might and “persuaded” the door to close.

At the next stop John managed to get the door open but it would not open fully however much he heaved and pulled on it – much to the frustration of the driver who kept telling him to “leave the door alone – you’ll make it worse”. The steps wouldn’t work at all now so you had to jump down out of the minibus – providing you could get through the gap where the door was jammed partially open. We all squeezed through the gap and jumped down off the bus and went to visit an allotment site whilst John and the driver set to work with some tools loaned by the allotment society to see if they could “fix” the doors and steps.

Allotment site inspected we returned to the van to a downcast John who informed us that both the door and the steps were now out of order but not to worry as we could still get on the minibus from the rear doors.   And that is how we carried on for the rest of the tour, at each stop everyone clambering over the seats and out the back doors and back on the minibus in the same way – but we soldiered on and everyone finished the tour in one piece – which is more than can be said for the minibus!

For Gardening, Conservation and In Bloom advice, hints & tips drop us an email if you’d like to sign up: anne@sseib.com